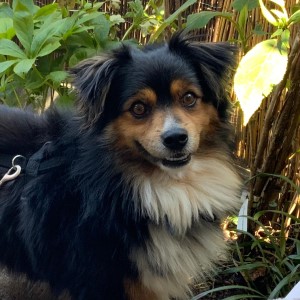 We picked up Charly in March 2021 in a park near the local municipality. Charly was wandering around as if everything was new to him. We suspect that he was abandoned by his owners. Unfortunately, it often happens that owners from other cities abandon their dogs in Gorazde, so they can’t find their way back home. Charly moved in at the end of May with his new owner, who already has a small female dog. Unfortunately, he is now no longer wanted, because the owner apparently two dogs are too much. Before our Charly now ends up in the shelter again, we are looking for a permanent new home for him, so that he can finally lead a nice dog life and not “become a walking cup”. In his new home, we wish for Charly a family that will take him as he is and where he will get lots of love and affection that he deserves. Charly is very friendly to people, he brings cheerfulness, is house trained in the meantime, learns quickly and is smart. Towards other dogs he is friendly to uninterested. The owner states that he has a hunting instinct. However, we do not know if this is actually true. Charly currently still lives in 21514 Güster in Germany.